I’ve got to admit, 2018 is getting off to an exciting start. Mostly, because of this… 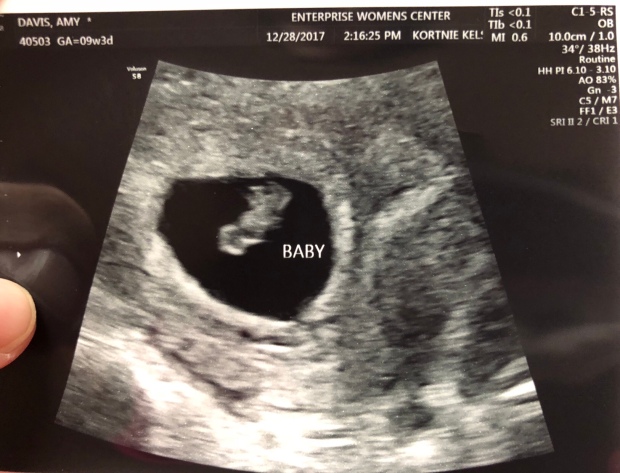 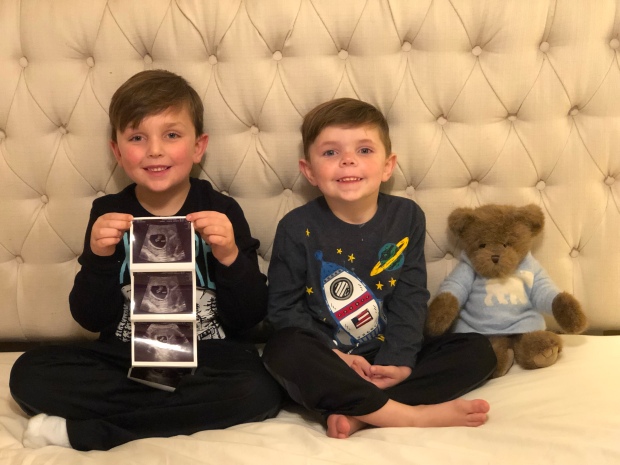 About a month ago, I had a sneaky suspicion that I might be pregnant, but I dismissed the idea for one main reason. I didn’t feel ready to be pregnant again after losing Collier only five months ago. The very thought of another baby so soon honestly scared me. We had already decided that if I became pregnant sooner than later we would be okay with it. After all, there was no reason to stress about it since we know Who is in control of life and death. But knowing it was now a real possibility changed things a little. After a week or two rocked along, my body let me know that something was definitely going on inside. On December 8th, while we were away for our anniversary, I decided to find out if my suspicions were true. Within just a few minutes, I found myself staring at two, very distinct, positive pregnancy tests.

Surprise, surprise! Cue all the emotions….only this time, multiply them times 1000.

Because pregnancy after loss is different. Every. single. thing. is filtered through the lens of what could happen instead of just the excitement of it all. There’s no longer a mindset of “if I can just make it past the first trimester.” Because, as we’ve experienced, things can make a major turn even in the sixth month. There is no such thing as a “safe zone” anymore.

I also find myself being caught between two extremes. Wanting to be excited, but afraid to let myself get carried away just yet. Still grieving for one baby, while trying to feel excited about another. Feeling all the discomforts, but trying to tell the Lord “thank you” for each one instead of grumbling (By the way, you will not find me complaining!) And the major one..wanting to trust God with the future, and feeling afraid.

Fear. Such a joy-robber. It sneaks in at moments of weakness and tries it’s hardest to consume our thoughts, leaving us powerless and crippled. It whispers “what if” in our ears and sits back to watch as we let our minds obsess with worry. It comes at us like a big, scary monster and makes our God seem small and weak in comparison.

The truth is, He’s not small or weak at all. God is strong, but He knows there will be times in our lives when we are weak and are tempted to let fear control us. Just turn on the TV and watch the news for five minutes. Read stories in your news feed. Listen to conversations around you when you’re in groups of people. There are plenty of things going on everyday that can make us give way to fear and worry. Thankfully, God doesn’t leave us to wrestle with our fears all alone. He gave us weapons. Weapons I intend to keep using these next few months…

HIS WORD. It’s not a coincidence that there are 365 different times throughout Scripture when God addresses our fear. If you didn’t catch it, that’s one “do not fear” for every single day of the year. Why? Because He knows that fear is a normal, human response. Let’s not forget that God made himself like us. He walked the earth, too, and experienced everything just as we do. His words, however, are truth and remind us that there’s not a real need to fear. The things that happen in our lives are no surprise to Him, and He is in control of it all, whether we feel like He is or not. “Have I not commanded you? Be strong and courageous. Do not be terrified; do not be discouraged, for the Lord your God will be with you wherever you go (Joshua 1:9).” His Word calms our fears and fixes our minds on truth.

PRAYER. I read the quote below about prayer several years ago and have never forgotten it. I think it sums up the power of prayer better than anything I could say:

“I strongly suspect that if we saw all the difference even the tiniest of our prayers make, and all the people those little prayers were destined to affect, and all the consequences of those prayers down through the centuries, we would be so paralyzed with awe at the power of prayer that we would be unable to get up off our knees for the rest of our lives.” -Peter Kreeft

If we’re afraid, we can pray and tell Him. He’s big enough to handle all our fears and powerful enough to overcome them. (Disclaimer: We can also tell the author of our fear, the enemy, to go back where he came from!)

HIS PRESENCE. I know I’ve said it before, but how I wish I could put into words for you how strong, close, and intimate I have experienced God’s presence since losing Collier! It has been His greatest gift to me. If what I’ve felt is only a tiny fraction of what heaven will be like, no wonder it’s the greatest place we could imagine! I believe God’s very presence is the most powerful thing He gives us to overcome our fear. The presence of the all-powerful God with us. Surely, there is nothing better. When we worship Him and spend time with Him, we remind ourselves how awesome He really is. Our focus becomes centered on His power, His perfection, His plan for our lives, His love for us, His mercy, His faithfulness and all of His other steadfast attributes. When we’re focused on Him, somehow our fears seem a whole lot smaller. Our faith becomes bigger than our fear.

So if you wonder what I’m going to be doing all the way until August, I’m going to be using my weapons.  I refuse to let fear consume me and steal my joy. “When I am afraid, I put my trust in You (Psalm 56:3).” 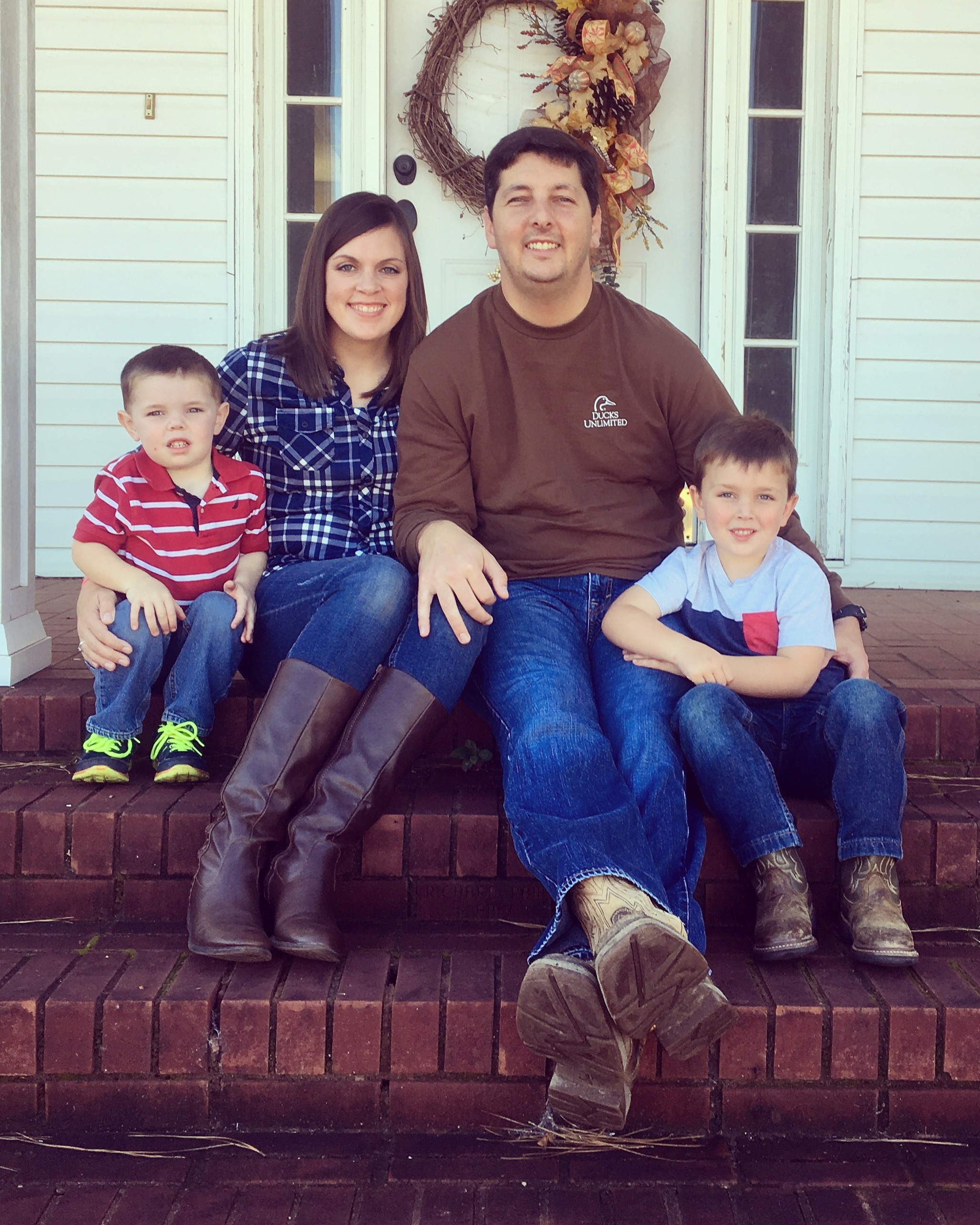